Skip to content
Done with the BITSAT.
Feel Factor: Morning session, mine was. Was pretty cool(literally). All day long(the weather). Test, obviously lasted for three hours. 8.30AM to 11.30AM. Was user friendly. Not as expected. And all my plans of trashing their security measures to not allow a fake substituted candidate failed. MISERABLY! Not that I wanted to. Just that, that’s how my mind works. How to push the system astray. Sadistic mind!!! :p
And one thing I found amusing was, the picture they took at the center and the one in my hall permit card, they were so similar. So similar that my shirts matched too!!
Center: BITS Campus, Hyderabad.Was pretty far. Had a hard time driving the bike back home on the city streets. My left hand fingers still ache with the pain clutching the gears for hours!!! 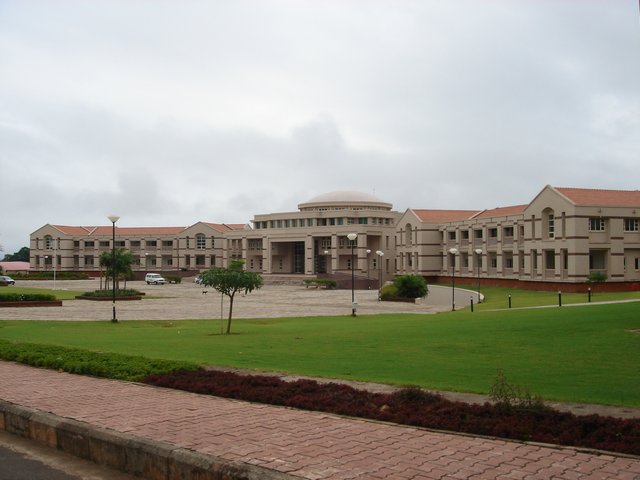 Score: 229
Less than expected. Cut off score is supposed to be around 280. Well, it’s beyond my reach. AT PRESENT. Don’t expect the situation to remain the same forever B). As Prasad sir says, the score you get by the end of this year is just an indicator of how much of effort you’ve put in.
And with the work that I’ve put in, not a bad score must say!… No, wait. This sounds more like self compromising. And it’d never lead us any better.
With this slipping out of my hands, the only choice I’m left with is NDA!!!
Work for that, or lose an year!! Doesn’t really matter actually! One year’s not a big deal.

But what I’m gonna lose is what many don’t seem to understand! An opportunity to get into the army at the earliest. Life’d be so awesome!! Go watch Pearl Harbor. Or why a movie, come to Picket, here in Hyderabad alone. All you can do looking at them, is but ADMIRE. DREAM. CRAVE FOR. ASPIRE!!!…(Okay, got no better word. Suggest me with better ideas!!!)
Being done with the mainstreams and having more than a month to go for the NDA examination, I’m clueless right now of what to do’s. And I’m sure gonna be so for a few more days.
Plans now?
Make a post on the recently “brake-opened” MCB. And play football! 🙂 And if possible Basketball!
And most importantly, the job of the day, for tomorrow is, go check the “long-term” options provided by the so called “educational institutions”, like Narayana, or Sri Chaitanya. What I believe is none of them would make any difference. They don’t anyways. All they do is, associate with a “winner”. Give an opportunity to the best. Bring out the “talent”??.. Nay, doen’t apply here!! 🙂
What perfectly makes sense is, bring out the “credit(cash kinda!)”. Okay. Too much of bitching of is bad. Yes. But anyways, I’ll soon bring out a lot. My mates here are with the same idealogies!!! 😀